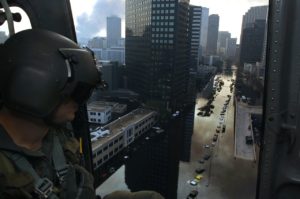 It is unclear when the Southeast LA VA offices resumed working at full capacity, although it likely took several years.  In addition, local VA offices lacked resources needed to comprehensively evaluate the effects of widespread document-retention failures, VA examinations that went unperformed and/or unrecorded, and other evidence and correspondence issues caused by Katrina’s devastation.   Louisiana Veterans who filed claims between 2005 and 2012, or those whose claims were in the evidence-gathering phase at the New Orleans Regional Office, should review their C-files to determine what claims may have gone unadjudicated, mistakes made by raters, evidence or statements submitted that were not retained, and the like.

One particular issue relates to brain injury claims filed by Veterans post-Katrina at the New Orleans VA: If you underwent a TBI examination that was not performed by the proper specialist—a psychiatrist, physiatrist, neurosurgeon, or neurologist—you are entitled to a new exam and your claim will be re-adjudicated.